Oklahoma City has invested in large community amenities and places of special distinction. The city now faces the challenge of maintaining these assets and continuing to build distinctive places.

Over twenty years ago, Oklahoma City started the MAPS (Metropolitan Area Projects) program, and the results have transformed the city and its image. MAPS built a great ballpark, a renewed riverfront, the Bricktown Canal, new cultural, entertainment, and arts facilities, one of which brought the NBA to Oklahoma City, and soon a new central park and modern streetcar system. These projects have generated billions of dollars of new private investment and economic activity. These projects were complemented by the growth of other special places like the Paseo, Plaza, Stockyards, Automobile Alley, Midtown, and many other historic, cultural, and urban design districts.

These assets, large and small, have made Oklahoma City a better city and have proven that good places are good business. They have given us a great opportunity and a foundation for new growth. We now have the challenge of maintaining this momentum and enhancing these assets. We also need to recognize and create the conditions for the emergence of other special districts across the city. It is important to understand the qualities and patterns that make these areas distinctive, and apply them to contemporary development. Today we are building the potential historic and urban design districts of the future, and are responsible for the legacy of an urban environment that we leave to our grandchildren and great-grandchildren.

Our commercial, business, and industrial areas are very important to the city’s economic future. Improved appearance, condition, and function would improve their ability to compete as economic centers.

Commercial corridors are important in many ways: they affect the value of (and are in turn affected by) surrounding residential neighborhoods, represent the largest single source of municipal revenue through sales taxes, and frame perceptions of the city and its quality. We have many miles of roadways that have been zoned for commercial or industrial use, spreading development across wide areas and contributing to vacancy and deterioration, especially in older corridors. Issues like obsolete project design, confusing circulation, traffic congestion, lack of landscaping, sign pollution, poor transit or pedestrian access, and large expanses of paving also affect the appearance and marketability of these critical corridors.

Oklahoma City’s park and recreation offerings lag behind those of peer cities.

The first comprehensive plan for Oklahoma City was largely built around a park and boulevard concept, the fruits of which are still visible with Grand Boulevard and Lincoln, Trosper, and Woodson Parks. Today, parks and recreation facilities are important to neighborhood quality and community health, underscored by the completion of a new Parks Master Plan as an element of planokc. Yet, despite a large amount of park area per capita (largely accounted for by Lake Stanley Draper Park), the City spends about 78% as much on parks operations per capita as six of its peer cities according to the Parks Master Plan. In addition, Oklahoma City lags behind comparable cities in recreation facilities per household. 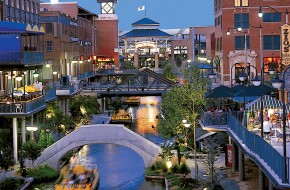 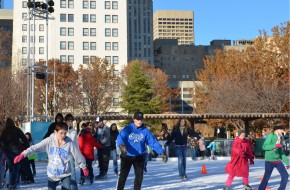