Why & How / How You Built planokc / The planokc Process / Public Engagement

The public engagement process was guided and assisted by three core groups:

The broader public engagement process was divided into a two-part process to identify the issues, goals, and policies that form the foundation of planokc.

This initial outreach was designed to make the public aware of planokc and provide basic information on community planning and opportunities for future involvement. Outreach included:

Part 2 focused on gathering a wide range of community input that was used to identify issues and challenges, identify broad community goals, and a vision for the future. Input from community members was gathered in a variety of ways, including:

In all, over 20,000 people participated in the public engagement process. 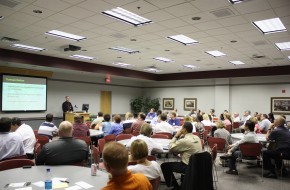