Why & How / Why Plan Now? / Issues / Issue Focus 3: Fiscal Sustainability

Our city’s very large area stretches our basic services and makes them expensive on a per capita basis. Growing more efficiently will allow us to offer the services citizens expect at a cost they can afford.

During the 1960s, Oklahoma City annexed hundreds of square miles of new territory in anticipation of a future population of one million. With such a vast expanse of land available for growth, Oklahoma City’s geographic footprint increased at a pace that outstripped the growth in population. Per resident, low density development requires more miles of road, more sewer lines, and more police and fire facilities, to name a few. According to Planning Department calculations, from 1977 to 2009, the real (inflation-adjusted) cost per person of city operations increased by 45%. Maintaining current trends will lead to a series of unpleasant choices – cutting back on services, increasing taxes, giving up amenities, or increasing the time and distance required for travel within the city. The impact that land use, urban form, transportation, and infrastructure strategies have on the long-term fiscal sustainability of the community was addressed as part of planokc‘s scenario planning process described later in this chapter.

Between 2010 and 2012, sales taxes funded about 55% of city operational costs, making retail sales very important not just to the city’s economy but to the continued operation of city government. However, competition for regional sales tax revenue continues to grow as the metropolitan region decentralizes, meaning Oklahoma City must work to retain its market share. Fiscal sustainability will depend in part on diversifying sources of revenue, improving the efficiency of the built environment, and maintaining the strength and character of the retail environment. 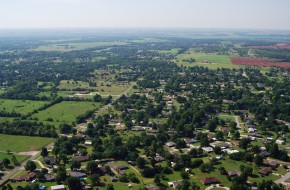 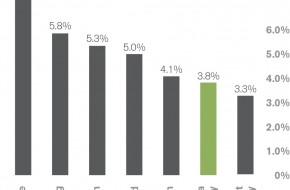 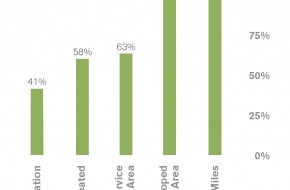 1977-2009 Growth
Growth in the amount of land and services required has grown at a faster rate than our population over the past 30+ years.
X