Why & How / Why Plan Now? / Issues / Issue Focus 1: Our Changing Population

The ethnic makeup of Oklahoma City has been changing dramatically. According to the Census Bureau the city’s Hispanic population grew from 10.1% of the population in 2000, to 17.2% in 2010. It is anticipated to increase at a similar rate over this decade. Other racial groups, including Asian and multi-racial people have also grown. This has reduced the city’s non-Hispanic white population from 80% in 1970 to 57% in 2010. Oklahoma City must adapt to the demands of this changing population, and encourage the integration of all groups into the structure of community leadership, business development, institutions, and other aspects of a rapidly changing city.

During the next 20 years, the largest population growth will be among older and younger adults. We must fashion an environment and economy that is more comfortable for seniors and provides more opportunity and rewards for the young.

Despite the fact that the city’s population is younger than that of the nation, the number of residents aged 65 or older will increase 4 percentage points to about 15% of the population between 2010 and 2030. Seniors have different demands than working age residents, particularly in housing, transportation and health services. At the same time, the greatest projected population growth for the city is among young adults at the age of family formation (ages 20 to 30). This increase is not to be taken for granted. It assumes ongoing investment in community amenities and economic opportunities to retain and attract this younger generation.

The decrease in traditional two-parent with children households is changing the nature of families. 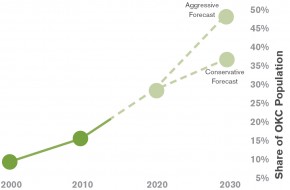 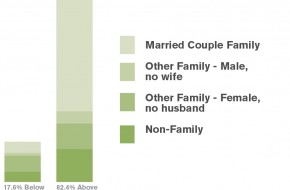 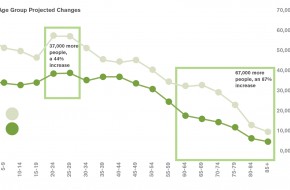