Why & How / Why Plan Now? / Issues / Issue Focus 7: Transportation System

Despite our dependence on cars for moving around, Oklahoma City residents are demonstrating a growing preference for alternative means of transportation, including walking, biking, and transit, which is largely unmet by the current system.

Cities across the country are experiencing a resurgence of interest in different forms of transportation. Nationwide, average per capita vehicle miles traveled peaked in 2004 and have been declining since then. This trend is especially true among young people. Between 2001 and 2009, people between ages 16 and 34 drove 23% fewer miles, biked 24% more miles, walked 16% more, and rode public transportation 40% more (Frontier Group, Transportation and the New Generation, 2012). Some people attributed these changes to the recession of 2008, but the trends have continued through the subsequent recovery.

These national trends were reinforced by preference studies completed as part of the planokc process. About half of participants in the planokc Citizen Survey proposed allocating transportation improvement budget to transit, trails, and pedestrian improvements. In surveys completed for the Parks Master Plan, trails emerged as the top priority in all parts of the city, and in the Community Appearance survey, scenes with wide sidewalks and bicycle facilities received high ratings. Finally, the number of passenger service miles in our bus system has increased substantially since 2007.

These preferences, combined with more older adults who will want to drive less, will make transportation choice more important. Also, how people move and the distances they must cover to get to their destinations have a major impact on the capacity of the street system, urban form, cost of services, individual and environmental health, and economic viability.

In Oklahoma City, we depend almost entirely on automobiles and the street system for transportation. Characteristics of this system focus the heaviest traffic on major street corridors, causing congestion, frustration, and air quality problems.

Over 96% of all Oklahoma City residents travel to work in an automobile (Census Bureau) and the city’s low density ensures that cars will remain the dominant way of getting around the city for the foreseeable future. The efficient and effective functioning of our street network is essential to our city’s future and economy.

There are characteristics of our street system that reduce its efficiency. For example, most of our major through streets are on a grid of section lines, which are one mile apart. In many parts of the city, we lack secondary streets to provide alternatives to these major arterials. Also, there are limited crossings of our many freeways, railroads, and rivers. This channels much of the traffic to relatively few corridors, which can create traffic jams. The traditional method of addressing congestion problems is widening streets and highways. However, this approach is very expensive and provides only short-term relief. A more cost-effective solution is to make the system as efficient as possible by providing alternative routes that distribute traffic loads. 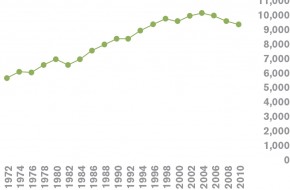 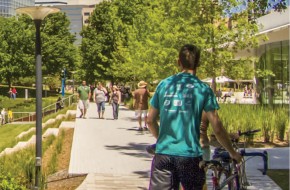