But the city has grown well beyond the reach of what were its far corners, and the city has historically struggled with providing good park service to its periphery. Lakes Hefner, Overholser, and Stanley Draper added major open space and recreational resources, and more recently, the Oklahoma River greenway has created a signature recreational and trail feature through the middle of the city. But despite these important facilities, in 2013 the Trust for Public Lands ranked Oklahoma City’s park system 43rd among the fifty largest American cities, based on such key factors as acreage, park size, park access, playgrounds, and public spending.

Recognizing the importance of parks and recreation to our quality of life, the City and the Oklahoma City Community Foundation commissioned a Parks Master Plan as part of the planokc process. The introduction to this plan, which included substantial public input and surveying, speaks to “a strong, new civic commitment to improve the parks and urban fabric of Oklahoma City. This spirit emanates not only from the Park and Recreation Department, but also from the corporate and philanthropic sectors, the sports and nature constituencies, the Oklahoma City Planning Department, the citizens at large, and the Mayor and City Council. There is a commitment to make better use of existing parkland, redefining some of the rules and conventions covering park management and maintenance, devising more linkages between parks, creating more parkland, and building public-private and public-public partnerships.”

playokc is the parks and recreation element of planokc. It draws heavily on the work completed during both the planokc and Parks Master Plan processes to identify how to develop and fund the open space and recreation needs of the growing city. This element outlines how both public and private spaces should meet public demands for a variety of parks, open spaces, and recreational programs, and defines the responsibilities of the public and private entities charged with their development and maintenance. 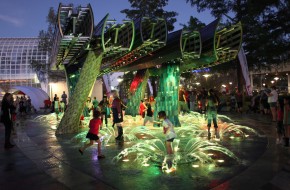 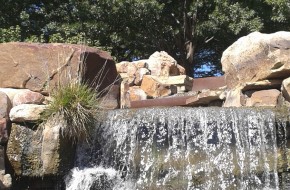 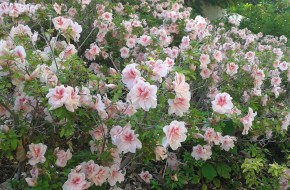