It has a huge impact on land value, location of development, and the look and feel of the city. It can expand or limit economic opportunity and affect the cost of public services and the City’s ability to provide them efficiently. It even influences public health by encouraging people to move about the city under their own power (or preventing them by creating barriers). It is no wonder that transportation is the largest single component of the City’s capital budget. connectokc is the transportation element of planokc. It considers each component of the transportation network and how they should work together to create a complete system.

Chapter Two introduced the relationship between the transportation system and the land uses and intensities that it both serves and influences. As the city changed over the years, it gradually replaced ways of getting around that tended to cause people to live and work closer together (walking and streetcars) with the car, which encourages and requires dispersal. The car gives us the independence to go where and when we please. But as we know, relying on auto transportation also produces development patterns that are expensive to serve, congestion on major streets, and harmful emissions into the atmosphere.

It is also clear that transportation preferences are undergoing change both locally and nationally. The share of trips made by on foot or bicycle and by transit is increasing. Young people are getting driver’s licenses later. In our city, transit revenues per mile grew steadily through 2012. Our transportation system should respond to meet these changes in the market, especially since more access options produce other benefits.

The Efficiency Growth Scenario (Scenario C), the community’s preferred future development direction, recognizes that the car will continue to be Oklahoma City’s dominant method of transportation. It also recognizes that it requires a more balanced system, designed to move people rather than cars and to provide choices. Every component of the future system has a role to play. connectokc presents initiatives and policies that will help create this balanced, interconnected access network, designed to create more efficient movement patterns, a healthier community, and new opportunities for economic development. 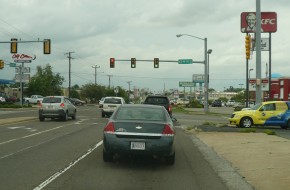 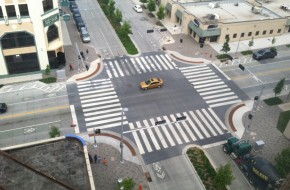 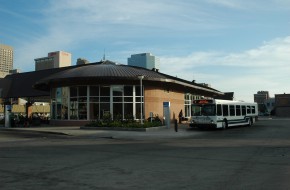